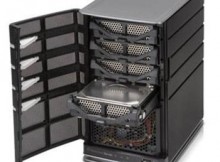 On the previous post I started the discussion about HomeLabs. Now that we’ve laid out the reasons and things to look out for lets get into some hardware design ideas.

The first question to ask yourself is “Why am I building this HomeLab?”

If your main goal is to build an VCP Lab then we’ll have to get/build servers that are compatible with the VMware HCL. If it’s a Hyper-V lab then the Server Hardware has to support current versions of Windows Server.

Either way let go over some design principals that give you the best experiences possible.

1. When creating a HomeLab for server based functions, use server hardware.

2. When working with Linux or VMware avoid Realtek LAN cards like the plague.

3. In a server environment avoid the use of desktop mechanical drives.

“But my gaming motherboard has this raid dedicated raid chip on the on the motherboard”.  To be honest that doesn’t matter either to ESXi or Linux either. Onboard RAID usually relies on the CPU in some all functions so it’s not a true hardware based solution and with that the performance of the RAID is somehow connected to the CPU.

I pointed out Linux and VMware especially for this because there is next to no support for Realtek LAN cards with Linux and no official support for VMware. But, in reality even in a windows environment Realtek should be avoided. Realtek network adapters are cheaply made and perform poorly in the best circumstances. If you use Design Principal 1 then you won’t have to to worry about this because there is absolutely 0 server motherboards that use Realtek network adapters. Use Intel Network Adapters, Intel network adapters perform the best, officially supported on every platform, and are affordable.

Desktop mechanical hard drives are only designed to support up to RAID 0 or RAID 1 (technically RAID 10 as well). There is no official support for RAID 5, RAID 6 or higher on desktop mechanical hard drives. For homelab’s Server Hard drives or NAS Drives. They are designed to handle RAID levels with parity information and be powered on 24/7. Server hard drives do have a bit of a price premium, but that is because they have a longer warranty and run time metrics.

What Should I Buy:

This depends on how you want to build your lab Business servers or DIY. Obviously buying a brand new server or servers would cost more then some brand new cars.

Ebay is great place to find server equipment at a discount. Right now Dell PowerEdge R/T servers have the best value. Dell PowerEdge R610 go for around $200-$300 and you can added any extra RAM or Hard Drives you want. I’d avoid HP servers because on eBay, HP Server have a similar bloated value as Apple Products. The equivalent HP server is $1000 on ebay for the same functionality as a Dell PowerEdge R610 or R710.

Building Your Own Server:

When building your own server, Supermicro is your friend. All their components can be bought a separates, so you can build an entire Supermicro server or mix and match different components. Intel has a similar set up and in some cases are more feature full, but availability of their parts is not as good as Supermicro.

I hope this give you some good ideas for your homelab. I’ll be posting more soon about which exact parts to you and other design considerations. As always let me know what you think in the comments section.