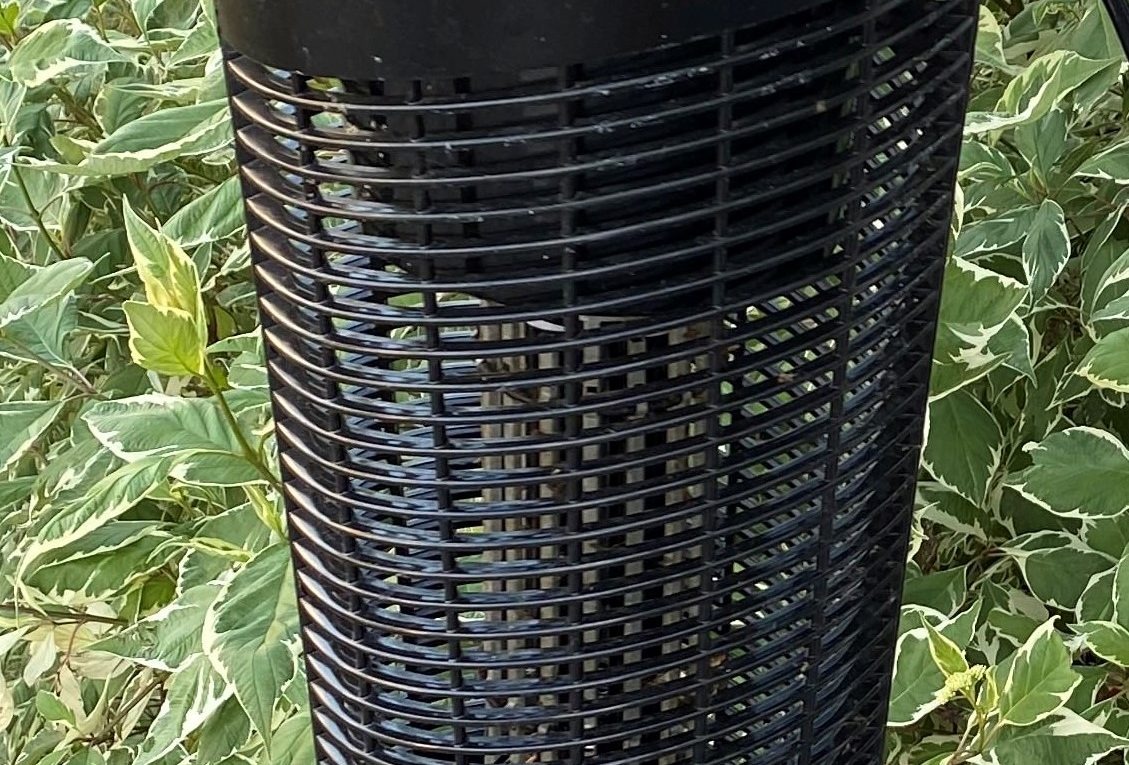 Back in 2016, My wife and I built a new house in a new development. This development is in a small city that is basically a transition between suburbs and farm land. For the first couple of years, the end of our lot backed up to a farm.

Needless to say bugs were a problem from day 1.

In 2018 ( I think) is when the developer that built our house started a new development that backs up to our lot. In turn, to connect the new development to the city sewer system they had to rip up a part of our lot and a construction zone doesn’t have much of a difference, compared to a farm in relation to bugs.

Now I’ve built a deck (post coming soon) I actually want to spend time in my backyard. The first summer after we moved, in 2017 I bought a Bug Zapper from Home Depot. The bug zapper supports up to a half acre range and has 2 settings. 24 hours (AKA always on) or Dusk to Dawn. I tried the Dusk to Dawn feature for a month and got a surprise energy bill that was more expensive then my car payment at the time.

During this time we’ve explored some bug treatment plans because we also had issues with bees and wasps. The company we work with has solved the bee and wasp issues, but the mosquito problems still exists.

In between then and now, the bug zapper has been used sparingly, only when there was a planned out door event.

But now I’ve extended my smart home to the outdoors and brought the bug zapper back out.

With the known the power concerns, I started looking into smart outdoor outlets. I picked up a Meross Smart Outdoor Plug. This as a weatherproof 2 outlet that works with their App, Apple HomeKit, Amazon Alexa, and Google Home. I currently have HomeKit and Alexa set up at my home, but so far I’ve only set up the Meross Smart Outdoor plug with HomeKit because, I currently use an iPhone 11 so i don’t have an Alexa enabled device to yell at on my deck (yet!). I’m aware that Alexa is available for iOS but I haven’t done that either at this point.

When you start the device setup through the Meross App, If you have HomeKit enabled it automatically punts you over to HomeKit to go through that set up. There is a card in the box to scan and the rest of the set up is next, next, finish.

I had a couple of concerns with this solution:
1. Wireless Strength requirement
2. Outdoor Rated
3. Individual control of the outlets

Since my house is a newer house it has concrete composite siding which kills the wireless signals beyond the house. Running some connectivity tests outside where the unit was to be installed my throughput came back at 30-54mbps. The Meross device only runs on 2.4 Ghz, and it’s a smart outlet so it’s not like its going to use the full Wireless AC speeds of the my Ubiquiti wireless access points. Given the range and interference, reliability was a concern.

Next, outdoor rated doesn’t always mean Minnesota winter outdoor rated. I found some reviews and reports of the outlet working in negative temperatures. The cost was only ~$25 so i figured it was worth the gamble.

Lastly, I wanted independent control of both outlets so depending future changes to the back yard I can control the devices independently.

After I added the Meross plug to HomeKit. Both of the outlets were named “Outlet” I renamed one of them to “Bug Zapper” and Siri/HomeKit picked up the change. Now when I say ‘Siri, Turn on the bug zapper” Siri only turns on the that one outlet.

Furthermore, to protect me from any more surprise energy bills. I created an automation for the device in HomeKit to shutoff the bug zapper at 11:30 PM every night. This way if my wife or I forget to turn it off, HomeKit will shut off the Bug Zapper automatically and I’ll only have a little wasted energy instead of a lot of wasted energy.

This is my first outdoor Smart Home edition to the deck. I have plans to run an outdoor access point, outdoor speakers out to the deck, and add the Ring floodlight camera. I just don’t know if those are this summer projects or next summer projects.

Let me know your outdoor smart home projects in the comment section or social media.