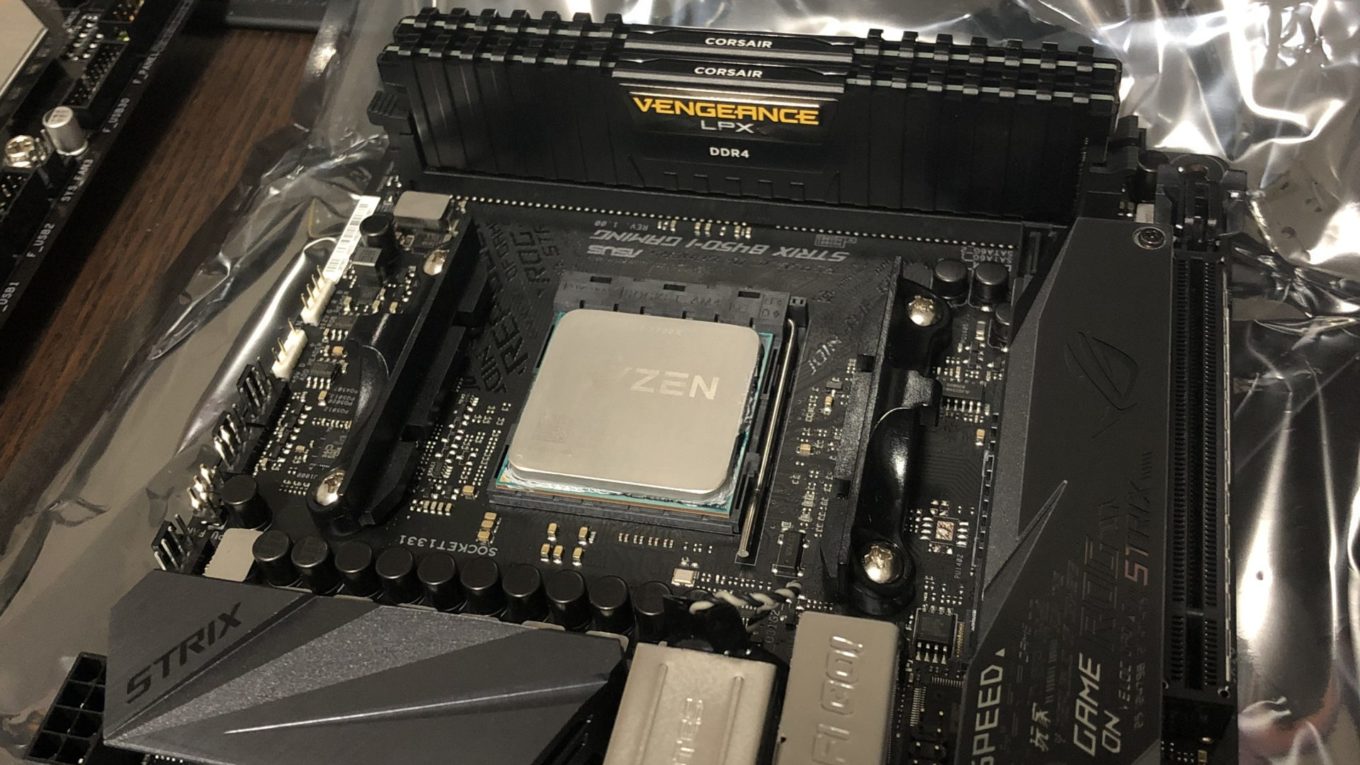 Update- Sorry i started this post last year and never finished it. The content is a little dated but its finally completed.

About a month ago I notice my desktop computer running really slow. One look into the event viewer and I saw that there was multiple I/O errors on my OS drive. So right off the bat that means either storage controller or Hard Drive. Since I am a betting man I was betting that it was the motherboard. The motherboard/CPU/Memory was the old piece of equipment in the machine that has gone through multiple uses. First it was an under sized ESXi host running a production deployment of Dynamic Nav. Then it became a Veeam Host for my certification exam. Then finally it became my desktop. To say it had an easy life would be a lie.

The system itself was

When I cobbled this machine together about a year ago. My hopes was to ride this system out until 2020. I didn’t have this exact build mapped out yet since this idea has been pushed back a few times. But big picture wise I wanted to do an high end ITX build so it would be small and powerful. Then after some home projects were complete I would do a big top to bottom system refresh with the latest and greatest. I use to build computers for a whitebox system builder but because of job changes and life I haven’t actually done a top to bottom refresh since 2008. Until the build above I was using an Intel i7-950 machine.

So I started looking at the sales over the weekend and then on the following was when AMD announced Ryzen 3 at computex. Which made me excited for the future but less excited for this build. Since now I have to get my desktop up and running and I know I’ll be on the clock until what ever I buy will be out of date within the end of the year.

At this point I was unwilling to give up on my 2020 goal so I went budget grade. I went to MicroCenter and picked up the following items

I spurged on the CPU because lately I’ve been catching up on digitizing my movie collection and after looking at the benchmarks between the 2700 and 2700X there was a noticeable difference in how long the 2700X can use the turbo boot capabilities. My regret on this was the Gigabyte motherboard….

Gigabyte has never had a good standing with me. But I figured, the price was right and they survived the economy crash that killed multiple good motherboard vendors, It would be worth a try. Considering the bar was set pretty low I was willing to chance it.

Soon after I built the computer and got everything reloaded the system was acting odd. Some times it would boot/reboot normally, sometimes it wouldn’t. When the system wouldn’t boot it would light up the light meaning there was an issue with the CPU. After testing and retesting the parts I found the cause.

Gigabyte in their infinite wisdom decided to re-engineer something that didn’t need to be.

This particular motherboard has the I/O shield mounted to the motherboard. The support bracket for it runs right next to 1 of the 4 Motherboard standoffs that have not changed in 25+ years. If you’re case is like mine, those 4 screw holes are molded into the motherboard try and in this case was bridging the gap between the bracket and the motherboard and in turn causing a short.

This could have been avoided if Gigabyte didn’t see the need to mount the I/O shield to the motherboard. Or if they made the mounting optional. There isn’t a lip on the I/O shield to take it off of the motherboard and install it manually. I didn’t know installing a rectangle piece of metal into a rectangle hole was that difficult… but there was people eating tied pods so i guess ????

So now that the motherboard isn’t going to work in this case what options to I have?

I went with option 3, Replace Both.

Why did I go for both? Because at the end of the time is money. About a year ago I was reading a Reddit AMA and the question was what “activity/action defines when you are successful?” The answer stuck out to me was “When you start trading Money for Time”. Everyone’s definition of success is different and I believe that there is a difference between rich and successful. I’m not rich but I do believe I am successful in my career.

RIght now, I’m working on a project at work to combine 13 separate company’s infrastructure in to 1 unified one. My wife and I are trying to get some landscaping done and other house projects, I want to keep growing this website and the corresponding social media connections, and it’s finally nice in Minnesota so I want to be outside enjoying the weather. If it’s raining outside like it’s predicted to be for this entire then I want to work on my side projects or playing games on my new RX580 video card. Not in my office tearing apart a budget computer build.

So the ~$150 difference between an different budget motherboard versus an ITX motherboard and an iTX case is worth it in my mind. Lets solve the problem, accomplish some goals and move on.

So what did I buy to fix the issue? here is the list.

Generally for my personal Computer equipment i’ve had a reverse situation. For white box servers AMD has been stable and Intel and been quirky. For personal Desktops and Laptops, Intel based systems have been rock solid and AMD systems have been short lived. Overall i’m pleased the new Ryzen Line and don’t really see the need to go to Intel any more. I’m not the type of guy that will spend whatever it takes to get the absolute best option on the market. The product lifespan on technology is short. Every 12-18 months there is a new “best option” so stay in the middle to 3/4s of the way to the top is a good value spot to get something that is powerful and will last without breaking the bank.

As far as RMAs and design failures goes. It seems like its a quality control issue across vendors. On all the products that have been demeded good by the Desktop community there is a small number that are DOA or have a fault part. Thats why there are warranties.

But Gigabyte stop re engineering things that don’t need to be re engineered. If some one can’t handle installing an i/o shield into a computer case, then they probably shouldn’t be building a computer to begin with.